Check out what our customers are saying at Kudzu.com.

In April of 1971, Billy Howard opened a full-service station in Smyrna, Georgia. He purchased his first tow truck a few months later, in July, primarily to service his own customers. But as the business grew and his reputation as an honest business man spread, there soon was a need for a second tow truck. Soon afterwards he bought a second tow truck and Howard’s Wrecker Service was born.

Cobb County has grown since 1971, and Howard’s has grown with it. Today, we operate a fleet of 11 tow trucks, including large wreckers, and a “Specialized Rollback” capable of moving the lowest of exotic cars. 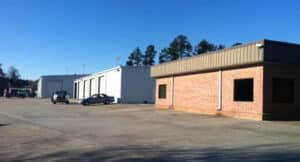 In 1977, we opened a collision repair shop in a small two-bay building. We have since moved into a 3500 sq. ft. facility complete with a “Grabber” Frame Repair System, Down Draft Spray Booth, large enough to accommodate medium trucks, and a Dupont computerized paint mixing system.

We also have a 2-acre secure storage facility, open 24 hours a day, 7 days a week. We conduct monthly auctions of abandoned & derelict cars, open to the public.

Billy passed away in 1985, but Howard’s remains family owned and operated. Howard’s is continually striving to carry on our founding principles of providing motorists with quality service at competitive prices.